YPNG’s Board of Directors – YPNG’s Board is made up of people in the Tulsa community with experience working in education, business and with nonprofits: 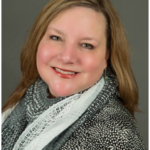 Annie J. Tomecek is the Supervisor of Global Community Relations at T.D. Williamson, the world’s most trusted pipeline solutions provider.She is passionate about building and developing relationships within the community, connecting people with causes and action for collective impact to provide the best solutions to the many issues our society is facing today. Annie is currently involved with The Pencil Box (Board VP), Meals on Wheels (Board Member), The Center for Individuals with Physical Challenges Presidents’ Council, Tulsa Girls’ Art School Advisory Board, Tulsa Area United Way Women United (Steering Committee), Tulsa Regional STEM Alliance (Steering Committee), Rotary Club of Tulsa (member), Oklahoma Foundation for Excellence (Board of Trustees), and the Tulsa Area United Way Investment Cabinet (Division Chairman). 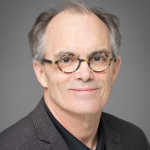 Jim Langdon and his wife Juley Roffers are the owners of Langdon Publishing Company in Tulsa, a magazine and newspaper publishing business they founded in 1986.  The city magazine has received 130 state and national awards for its editorial and design excellence, and community service.  The company also publishes Intermission, the monthly magazine of the Tulsa Performing Arts Center; The Tulsa Voice, a bi-weekly alternative newspaper; the Tulsa Guest Guide, an annual in-room hotel book; and custom publications. He was presented Leadership Tulsa’s highest honor, the Paragon Award, in 2007 for his volunteer leadership to the Oklahoma Center For Community and Justice (OCCJ), of which he later served a term as board chair.  He currently serves on the boards of the Tulsa Community College Foundation, Saint Simeon’s Home Foundation, OU-Tulsa Advisory Board, OCCJ, the MOSAIC.Jim received an Army ROTC commission at OU in 1974 and served 10 years as a Public Affairs Officer in the U.S. Army Reserves.  An OU grad in 1974, he received the JayMac Distinguished Alumni Award from the OU School of Journalism in 1999; was named a Distinguished Graduate of Northern Oklahoma College in 2006; a Distinguished Alum of Tonkawa High School in 2012; and was inducted into the Oklahoma Journalism Hall of Fame in 2006.

Angela Harless is a managing partner at AcrobatAnt, an independent advertising agency she and four others formed in 2008. Angela was previously recognized in Oklahoma Magazine as one of the “Top 40 Under 40,” a group of the best and brightest young business and professional people in the state. Angela had always been active in the community and is currently involved in a number of volunteer organizations including Meals on Wheels and Women in Recovery, an innovative organization that helps women facing long prison sentences for non-violent offenses become productive, tax-paying citizens so they can break the cycle of recidivism. Her degrees include an MBA from the University of Tulsa, a bachelor’s degree in finance from Northeastern State University and an associate’s degree in business from Tulsa Community College where she has been recognized as a “Distinguished Alumni” by the TCC Alumni Association.Angela is also a YPNG Mentor. 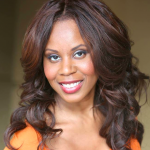 Premadonna Braddick was recently selected by the YWCA and Mayor’s Commission on the Status of Women as a recipient of the 2018 Woman of the Year Pinnacle award. Among her many accomplishments, she created Soaring Eagles Youth and Family Services Inc., a nonprofit where their mission is to help individuals and families re-write their stories to help them live a self-sufficient, holistic, and rewarding life. She currently works as a Behavioral Health Counselor specializing in crises counseling, depression, anger-management, and marriage counseling. Premadonna is a prime example of someone overcoming less than desirable circumstances. She was born and raised in the foster care system in East Oakland, California from age two to eighteen and spent the early years of her life dealing with depression, low self-esteem, and a poor self-image. But she was surrounded by mentors who offered guidance, wisdom, and inspired her to pursue her purpose in life and understands the importance of mentorship. She has a Bachelor’s of Arts Degree in Communication with a Minor in Theatre of Arts from San Jose State University and is also an alumnus of Oral Roberts University, where she earned two Master’s of Arts Degrees in Marriage/Family Therapy and Christian Counseling. She’s a member of Delta Sigma Theta Sorority and former member of Kappa Phi Beta Honor Society.  Mrs. Braddick was featured in Tulsa People Magazine and has appeared on Tulsa TBN Praise the Lord and several other community radio and television talk shows.

Francisco Treviño has advocated for the improvement of the general conditions of the Tulsa Hispanic community and worked with our local schools to develop educational opportunities for Hispanic children for the last thirty years. Francisco served eleven years as the President of the Tulsa Hispanic Chamber of Commerce where he helped develop Hispanic businesses while portraying the positive impact of the vast culture of the Latin traditions and continues to work on issues relevant to Tulsa’s Hispanic community. He recently left the Chamber and joined the Board of the Tulsa Global Alliance, a multi-program, culturally focused, Tulsa-based non-profit that hosts international visitors, facilitate Sister City relationships, promote global education and economic development, collaborates with international organizations, and serves as a resource for area governments, businesses, educational, institutional, organizations, and residents. Francisco is also a professional photographer and musician and active member of the Catholic Diocese of Tulsa. 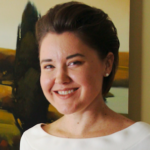 Kate Bates is the managing partner of  her family’s company, Silvey Estate Sales.  Previously she enjoyed a 13-year career in nonprofit fundraising. Kate held development positions at the Newberry Library in Chicago and Girl Scouts of Eastern Oklahoma, and served as Director of Development for the Tulsa Library Trust and Tulsa’s Gilcrease Museum. Kate is a Candidate for Membership in the International Society of Appraisers. She also enjoys expanding her knowledge of antiques and collectibles through books, online resources, and attending other estate sales, antique markets, flea markets, and galleries.

A graduate of Tulsa’s Booker T. Washington High School, she holds a B.A. in Arts Administration from The University of Tulsa. Following her college graduation, she spent a semester abroad in Paris, where she completed the French Language Certificate from the University of Paris-Sorbonne.

In addition to serving on the YPNG board, she was a founding member of the board for The Pencil Box in Tulsa, a past member of the leadership team for Tulsa’s Young Professionals, and supports a number of organizations including Youth Services of Tulsa, Gilcrease and Philbrook Museums, Public Radio Tulsa, FabLab, and the National Parks Service.

Kate’s hobbies include writing, wood turning, and singing in a band, Kate & The Burdens. She and her husband, Ely Bates, enjoy travel, cooking and entertaining, and spending time with friends and family, which includes cats Billy Joel and Leon Russell, and dog, Charley.

Rev. Mareo D. Johnson is the Founder of Black Lives Matter Tulsa, an organization that strives to achieve social justice in all areas. He is a true public servant who is Social Justice Chair of the United Nations of Eastern Oklahoma”s Board and is a Board Member of the North Regional Health Center Advisory Board. Previously he served as Legal Redress Chair/Vice President of the NAACP Tulsa Branch, and former Workforce Chair of NTEDI – North Tulsa Economic Development Initiative.Mareo is a strong advocate for Criminal justice Reform, Economic Development, Police/Community Relations, and Public Safety. He is also a mentor who encourages adults and youth to stay out of gangs and shows them ways to elevate their lives so they stay out of prison. He is also a recording artist who writes about the positive and real-life struggles.

Rev Mareo is a graduate of Victory Bible College and studied Psychology/Social Psychology at Tulsa Community College. He has been featured in the Racial Literacy book TELL ME WHO YOU ARE that’s used by thousands of teachers in the US and abroad and has been featured in Tulsa People’s Magazine, and THE VOICE.

Ryan Noshayis the Project Manager of Post-Secondary Readiness at Tulsa Public Schools, a district of 40,000 plus PreK through 12th grade students.  He is passionate about education, eradicating inequities that exist in education, and creating bridges to best access information and opportunity.  Ryan is currently involved with numerous initiatives across the TPS district and  attempting to build-out Tulsa Public Schools presence in the communities surrounding Tulsa and throughout the state.His degrees include a Bachelor degree in Elementary Education from the University of Minnesota-Twin Cities and a Master’s in Education from Lipscomb University. In his personal time, he enjoys biking, camping, and a good book.

Bill Langdon is the President and Founder of YPNG. He is a retired businessman whose background includes positions with a major New York investment bank, a large agribusiness company and Vice President of Finance of a Tulsa chemical company. In 1983, he started a financial services firm and later he and a partner formed an oil and gas acquisition and development company they sold in 2007. He began developing the concept for Young People of the Next Generation after conversations with many college graduates and high school students who were discouraged about their career prospects as a way to provide them the information they need to choose a good career path and to help them develop strategies to fund their post-high school education. Mr. Langdon holds a BA and MA in Economics from the University of Toledo and is a Viet Nam combat veteran. 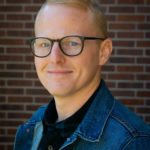 Deric Williams is a realtor with McGraw in Tulsa, OK. who has a love of, and passion for this community. Deric spent nearly ten years working in mental health, youth development, and experiential learning. He has experience in direct-service, capacity building, quality improvement, staff development, grant management, strategic planning, team building, diversity and inclusion, and funder relations. As Program Director for a community-based organization, Deric supervised a team of educators, providing programming at over 30 sites across Tulsa Public and Union Public Schools, as well as various subsidized housing communities and community centers. He also spent a year as Program Manager for a city-wide intermediary organization, building the capacity of experiential learning programs, with a focus on career and college readiness.

He has volunteered for multiple community-based organizations and participated in various community coalitions and initiatives. Since leaving the nonprofit sector, he continues to stay connected to multiple organizations, providing assistance in a variety of ways.

Deric earned his bachelor’s degree in Psychology from the University of Missouri – Kansas City. 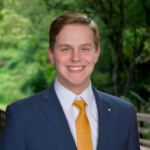 Ryan Jordan is a new YPNG intern and a Junior at OSU who attended TPS schools. He will lead our college mentoring initiative by building a team of TPS high school graduates who are attending OSU and helping YPNG organize events where TPS students can learn about the OSU application process, scholarships. financial aid and work/study opportunities. The OSU students will also share their experiences making the transition from a TPS high school to OSU and their ideas on how to get the most out of the campus life.

Ryan is pursuing an undergraduate degree in philosophy with a minor in general business. Besides his academic courses, he works on campus as an ambassador for the Learning and Student Success Opportunity (LASSO) Center, which houses student-led tutoring for a variety of courses, as well as academic and student success coaching and works for the interfraternity council (IFC) as a compliance officer maintaining a regulated recruitment process for incoming students and holding all the chapters accountable to the high standards that OSU university values. Off campus, Ryan is actively involved in a political engagement club that promotes activism in many issues we face as a society in contemporary America and Cowboy Cousins that pairs students with an incoming foreign student with the intent of acting as a mentor to help ensure their adjustment to a new culture. Ryan is also a member of the Gamma Delta chapter of Sigma Chi and is part of the new member facilitation and philanthropy committee.

Ryan believes in YPNG’s mission to promote secondary education and has said” that nothing holds more importance than pursuing an education following one’s high school career”.