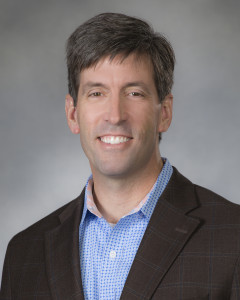 Phil Lakin, Jr. is the Chief Executive Officer of the Tulsa Community Foundation, the second largest community foundation in the United States with over four billion dollars in assets. For those of you who are not familiar with community foundations, their common mission is to assist individuals and corporations in gifting resources to area nonprofits. In this way, these foundations enhance the quality of life and increase giving in their local communities. Phil was hired as CEO shortly after the foundation was formed in late 1998 and had assets of only a little more than one hundred thousand dollars.

Besides heading TCF, Phil also gives back to the community by serving on the boards of other non-profit organizations including the Tulsa Area United Way, the Tulsa Community College Foundation and the American Alpine Club as well as serving on the Tulsa City Council.

Nonprofits represent a significant part of the US economy. According to the US Bureau of Labor Statistics, they employ over 11 million people and account for 10.3 percent of all private sector employment. Nonprofits need good people with a variety of business skills like accounting, finance, and marketing and provide opportunities to move into general management like other business.

In his article, Phil talks about why he chose to work for nonprofits early in his professional career and the satisfaction you too can expect from working for an organization like TCF where you get to see the impact your work has on the lives of people in your community. He also discusses the personal characteristics you must have to work in a nonprofit where you interact with a variety of people in the community including donors, other nonprofits and government agencies as well as the particular set of business skills you must have to successfully manage a large nonprofit organization.

Phil’s article will be of interest to any of you looking for a career of service where you can see how your work directly benefits people in your community and for those of you interested in learning more about how a successful community foundation is organized and managed.

My family moved to Tulsa when I was nine after we had earlier lived in El Paso and Amarillo, Texas. I went to Jenks High School and was encouraged by my mother to get involved in student activities including student government. I took her advice and was a member of the student council and elected Treasurer my senior year. When I went to college, I continued in student government and became Treasurer and then President of the student body. I also got involved in school projects like organizing homecoming where I worked with other students and the faculty. Being active in these outside activities in high school and college gave me a chance to serve others and allowed me to build a network of friends that has helped me throughout my career.

When it was time for me to decide on a college, I visited a number of campuses in Texas and decided on Baylor. I liked the school’s high academic standards and their focus on people serving others. I also wanted a career where I knew I could earn a living after I graduated and decided to get a business degree. Baylor has a well respected business program and I pursued dual business majors in finance and economics. Finance is a major where good math skills are important. My father was a geophysicist and I was fortunate to have gotten his mathematical ability.

When I started at Baylor, I jointed a fraternity that focused on service without recognition where all our work around campus was done in a time frame between ten in the evening until four in the morning when people would not see us. For example, there were light poles around campus in honor of military veterans that we would clean at night and did a number of other things where we would help prepare for campus events. The idea was to teach us to serve others even when we received no recognition, something that taught me an appreciation for the personal rewards that come from public service.

When I graduated from Baylor, I first went to work for Andersen Consulting, which was part of a national accounting firm. I worked there for two years. But I didn’t find making more money for corporations to be that personally rewarding. So I went to work for the Office of Development at Baylor doing fund raising and later became one of three regional directors for the US where I had North Texas and six other states in my area. I worked for Baylor for eight years and also took graduate classes and earned my MBA. I was married during that time and my wife and I were living in Dallas. That was not a city where we wanted to raise our family and so in early 1999 I started to look for jobs back in Tulsa. Tulsa Community Foundation had just been formed and I heard they were looking for a CEO. I was hired and moved back to Tulsa in June 1999. When I started, TCF only had a little over one hundred thousand dollars in assets.

The basic function of the Tulsa Community Foundation is to assist individuals and corporations in budgeting and giving their resources to local charitable organizations. We are one of about eight hundred community foundations in the US and are the second largest with assets of about four billion dollars. We work with thousands of charitable organizations and have been involved in helping fund many community development projects like the Gathering Place addition to the River Parks as well as providing interim financing for the new downtown baseball stadium. The Tulsa Zoo was previously being financed by the City and was having financial problems. TCF helped establish a public foundation that now funds the Zoo and its operations. Here is a link to a page on our website that discusses a number of other things we do at TCF: https://tulsacf.org/whatwedo/

TCF’s success is based in large part on the way we provide services to our donors. Because of our size, we can manage and administer funds within TCF at a lower cost than smaller foundations as well as provide the back office and consulting services that our donors desire. Our donors are families, individuals, businesses, and smaller nonprofit groups that establish their own TCF accounts into which they can contribute a variety of assets to be used for charitable purposes. We receive not just cash and financial assets like stocks and bonds but also real estate and other tangible assets like jewelry and art. These assets are pooled and invested to reduce expenses. Pooling assets also allows us to hire good asset managers. The people or organizations that establish their TCF accounts can then recommend that grants be distributed in the name of their fund or anonymously to qualified nonprofit groups and schools or to charities and community development programs across the nation..

TCF and other successful non-profits are managed like any other well run business. We have to market our services, effectively manage the resources that have been entrusted to us, and build solid administrative systems, like accounting and IT. These systems give us the financial reporting we need to prepared budgets and provide financial reports for our donors, board and the federal government. I found that the management courses I took for my MBA have been the most help to me in the role of CEO. The degree not only taught me what I needed to know to be able to manage and work with people marketing the foundation’s services, it also taught me how to mange the foundation’s administrative functions like accounting and IT. The MBA courses also taught soft skills like negotiation, conflict resolution and developing empathy for others, things that are critical to running any successful business.

How to Prepare for a Career Working in a Non Profit

I chose a career path working for nonprofits after two years as a business consultant because I found more personal satisfaction working for nonprofit organizations where I could directly serve people and my community than just working for company shareholders. If you have an interest in business and also want to serve others, nonprofits need well trained business people for jobs in marketing, IT, accounting and administration just like any other business. Although nonprofit compensation is on average a little less than similar positions in other businesses, the satisfaction of seeing your work directly benefit people in your community is something that for me and those who work with me at TCF offsets the slightly lower pay. It is a career path I would recommend any young person with an interest in business and service explore.

Here is a link to the Tulsa Community Foundation’s home page where you can learn more about how the TCF operates and the kinds of business mangers the foundation employs: https://tulsacf.org

Non Profit jobs involving different categories of business management and financial operations last surveyed by the BLS in 2007 showed that nonprofits workers earned about 13% less than people with similar jobs in private business and about 8% to 11% less than similar jobs in State and Local government.

Nonprofits account for 11.4 million jobs, 10.3 percent of all private sector employment based on BLS employment surveys in 2011.

Because of the retiring baby boomers, demand for business managers at nonprofits is expected to be strong for many years.