Todd Pendergraft owns two independent pharmacies that successfully compete with the national chains. He opened his first pharmacy after working as a pharmacy manager for a national retailer for 10 years. Todd’s motivation for going into business for himself was his family. Todd wanted to be able to control his work schedule so that he could spend more time helping raise his three children. Making the transition from pharmacist to pharmacy owner required him to learn more about managing the business than he was exposed to just working as an employee. Todd struggled initially as he learned how to manage his business. But he persisted, developed innovative business strategies and is successfully competing in his local market. This article should be of interest to anyone considering becoming a pharmacist or anyone wanting to know more about how to establish an independent pharmacy or manage any other type of retail business that would compete with national chains. 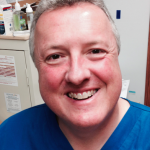 I grew in a small town in Northeastern Oklahoma where my parents were cattle ranchers. My uncle (more like a big brother) graduated from pharmacy school , and I took and interest in his profession. I began working part time after school at a local pharmacy to learn more about what it was like being a pharmacist. But I also needed to earn more money to pay for college. So when I was sixteen I took a job working in a restaurant. This meant I worked three jobs in high school. My Saturday was working from nine to two at the pharmacy and then from four to ten in the evening at the restaurant and back to the restaurant again on Sunday. When I went to college I worked 20-25 hours a week during the school year and 40- plus house per week during holidays and summers, which required me to learn good time management. When I graduated and got my first job as a pharmacist working normal hours it almost seemed like a paid vacation. While my college work schedule was hard, I was able to pay all my college expenses myself and graduated with no student loans unlike some of my friends who had borrowed money to pay some of their college expenses.

My degree is from the University of Oklahoma, which was one of only two universities in the state that had a college of pharmacy. The course work included two years of pre-pharmacy and then three years of pharmacy school. Later the pharmacy school curriculum was increased to four years, which means becoming a pharmacist now requires a total of six years. Pre-pharmacy concentrated on science courses like chemistry and biology as well as math. Pharmacy school now includes working as an intern during your final year in independent pharmacies, pharmacy chains as well as at hospitals. These internships are considered part of a pharmacist’s education. You are not paid as an intern even though you are doing work in a pharmacy.

After I graduated and got my license, I worked for a local pharmacy chain for six months before I was asked to manage a pharmacy inside a national retailer’s store in a smaller town. At that time there was a shortage of pharmacists so jobs were plentiful and you could manage a pharmacy with less experience than you would need today. Because I grew up in a small town, I was comfortable with the lifestyle. My wife, on the other hand, was not. So I transferred to a store in Broken Arrow, Oklahoma, which is adjacent to Tulsa. After working there 6 years I saw that my pharmacy’s hours were going to change. The retailer I was working for was starting to keep the pharmacy opened until nine in the evening and was going to start opening on Sundays. I had three children and wanted to be involved in their activities, have dinner as a family and go to church together on Sunday. So I decided to take the risk of opening my own independent pharmacy so I could control my work schedule and spend time with my family and be actively involved in raising my children.

My first pharmacy was a franchise that did not work well for me. I found there was a steep learning curve transitioning from a pharmacist to a pharmacy owner. The franchise was supposed to help with that transition. But it did not provide the support I really needed. After eight years owning a franchise, I went out entirely on my own and opened the Broken Arrow Family Drug. Having complete control of my business was an advantage. Six years later, I added a second location. Both are doing well.

How I Manage My Pharmacy

It is important to understand that insurance companies dictate pricing for drugs. It is a misconception that the major chains sell drugs cheaper than an independent pharmacy. The amount a person pays for their prescriptions is determined solely by the person’s insurance company(if they have insurance coverage). The amount of profit the pharmacy makes is determined by the insurance company as well. Since every pharmacy charges the same price for the same drug, you have to find other ways to differential yourself. I do this by providing a higher level of personal service than the chains and by building personal relationships with my customers. Here are some examples:

Unfortunately your best customers come to your pharmacy because they are sick and need medications to treat their illnesses and are generally older. This means you are going to have to replace a number of customers each year to stabilize your business and to grow. But the effectiveness of traditional forms of advertising for an independent pharmacy can be difficult to measure and is not always efficient. Studies show that people on average are only willing to drive two miles get a prescription filled. While some of the items we sell that require more personal service will draw people in from a larger area, this limited market makes some forms of advertising not as valuable. Here is how I rank the effectiveness of advertising based on my experience:

Since my business requires strong relationships with my customers, hiring and retaining good people who listen and provide good service is important. People like to see the same people they know and trust when they come to our pharmacies. This means that retention of good employees is important. I try to do this by first paying more than my competition and secondly standing behind my employees. Because people usually come into a pharmacy when they are sick and not feeling well, we occasionally get customers who are sometimes not respectful to my employees. We discuss ways of trying to listen, respond and keep these people calm. But if they become verbally abusive, I step in and defend my employees by saying something to the customer about their inappropriate behavior. I do not tolerate my employees being verbally abused. Because my employees know I will stand behind them in these situations, it builds confidence in them when they are talking to this kind of customer as well as loyalty.

The Importance of Networking

The shortage of pharmacists in the 1990’s led to an expansion of the class size at many pharmacy schools as well as new schools being opened and consequently many more graduates. There were around 8,000 people graduating during the 1990s compared to 14,000 today. This higher graduation rate is now starting to create an oversupply of pharmacists making it harder to get started and harder to find a job if you lose one after you are employed. The schools are beginning to reduce the number of graduates. But it will take time for supply and demand to get back into balance. One way to address this problem if you are a pharmacist or will be graduating soon is to do a lot of networking. There are pharmacist’s groups you can join as early as college that will allow you to make contacts with other pharmacists who do the hiring for their pharmacies. It is also important that you try to distinguish yourself as someone who is enthusiastic about the profession. Read the journals and other literature so when you talk to these people they will know that you are keeping up to date on changes in the profession. I also think it is important that you give back to your community by being involved in civic organizations and your church. While it is the right thing to do as a member of the community, it also broadens your list of contacts and makes you stand out as an individual. Along the same line, keep up on politics and legislative changes that might affect your career as a pharmacist. Try to be proactive and help affect positive change.

I enjoy being a pharmacist and owning a pharmacy. It is an occupation where every day you can see that you have a positive effect on your customers’ lives like a doctor or a nurse. I also enjoy the challenges of running a business that require me to be creative and solve business problems. There is also a constant learning process because you must keep up with new drugs and innovations in medical treatment. While there is likely to be an oversupply of pharmacists for the next several years until colleges pull back their enrollment and reduce the number of graduates to balance the market, those of you who find ways to distinguish yourself can still make pharmacy a rewarding career as this adjustment takes place.

US Bureau of Labor Statistics for Pharmacists

In May 2012, the median annual wages for pharmacists in the top five industries in which they worked were as follows:

The Bureau estimates that Employment of pharmacists is projected to grow 14 percent from 2012 to 2022, about as fast as the average for all occupations. Several factors are likely to contribute to this increase. The population is aging and older people typically use more prescription medicines than younger people. Higher rates of chronic diseases such as diabetes among all age groups will also lead to increased demand for prescription medications. In addition, scientific advances will lead to new drug products. As healthcare continues to become more complex and as more people take multiple medications, more pharmacists will be needed to dispense medications and to counsel patients on how to use their medications safely and effectively. The number of individuals who have access to health insurance will increase as federal health insurance reform legislation is enacted. As more people have access to insurance coverage, more pharmacists will be needed to fill their prescriptions and to consult with patients about their medications.

Demand is also likely to increase for pharmacists in a variety of healthcare settings, including hospitals and clinics. These facilities will need more pharmacists to oversee the medications given to patients and to provide patient care, performing tasks such as testing a patient’s blood sugar or cholesterol.

Though the Bureau shows growth in demand for pharmacists, supply is currently increasing faster. Colleges responded to the shortage of pharmacist in the 1990s and consequently the rate of growth of pharmacy graduates turned out to be much greater than anyone could have anticipated. A profession that produced a fairly stable number of 6000-8000 new pharmacists per year from 1974 to 2003 is suddenly poised to graduate over 14,000 in 2015. Pharmacy schools are recognizing that they are creating an oversupply and colleges are cutting back on the number of pharmacy students they will admit and a few schools are closing. But for the next several years there will likely be an oversupply of new pharmacy graduates that may make it difficult for some new graduates to get jobs and also limit the growth in pay until the supply of pharmacists gets back into balance.