This mentor has been a commercial airline pilot with a major carrier for twenty-six years and has flown both domestic and international routes. He was drawn to commercial aviation because of his love of flying. But because there are many people who also like flying and want to make it a career, becoming a commercial airline pilot is highly competitive and the training can be expensive. The airline industry is also cyclical. Pilots with less seniority do get laid off when the economy is in recession. So it is important for anyone considering pursuing a career as a commercial pilot to understand this can be a difficult career even though job satisfaction among commercial airline pilots is very high. 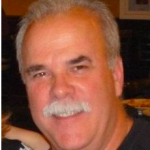 While attending college, I wanted to learn to fly and trained for a private pilot’s license. About that time, my father died. He owned an insurance agency that I took over. His life insurance business led to a concentration in property and casualty insurance and then specifically to aviation insurance. At thirty-one, I decided I did not want to sell insurance for the rest of my life and began to train for the certifications to become a commercial pilot. This meant first getting an instrument rating and a multi-engine ratings. I was then employed in various aviation jobs including ferrying airplanes around the US to build flight time, 1,500 flying hours was the threshold you needed to be considered for an entry level pilot’s job at a regional airline. I applied and was accepted at three regional carriers and chose American Eagle. There I flew turbo props and worked my way up to Captain. After two years, I was hired as a first officer at American Airlines, and entered their training program.

Originally hired by American Airlines as a Flight Engineer on the DC-10, my original training was a difficult 6 weeks, including systems training, FAA Rules and simulator training. These company courses for their pilots were in part specific to a particular model airplane. Moving to another aircraft required additional ground school and simulator training. This is one reason why a domestic carrier like Southwest that flies the same equipment on all its routes has lower costs than an international airline. By keeping their equipment uniform Southwest does not have to re-train pilots on different airplanes, scheduling pilots also becomes easier. The disadvantage is that Southwest’s service is limited by aircraft to shorter routes while the international airlines like American Airlines with much larger aircraft fly all over the world.

To become a commercial airline pilot, you also must be physically fit and keep yourself in shape. You are required to take a flight physical once a year if you are First Officer and every six months if you are a Captain. All US carriers require recurrent training at least once a year, in this way you are constantly learning as a pilot and are able to keep up with the latest technology and regulations.

There are Federal rules similar to long haul trucking for how long a pilot can fly. For example, a pilot cannot fly over 8 hours a day on domestic routes and also has a regulated rest period. If you are flying internationally, some of the longer flights can be sixteen hours in duration. Depending on the length of the flight, the airline could have three or four pilots so that one or two could always be rested. But the airlines have stricter policies than the government and try to stay below the government limits.

Before you consider becoming an airline pilot, you have to understand that you can be gone from your family for several days in a row, something that can put a strain on marriages. While being an airline pilot is thought of by most people as a glamorous career, all the destinations a pilot flies to and the accommodations when you arrive are not always so glamorous. There is always the chance of staying in a hotel that has a very loud and busy convention, leading to poor rest.

Pilot seniority is important. When you start out you get the more difficult routes where you spend more time away from home. As you gain seniority, you have more opportunity to choose your schedule. A senior pilot can choose their route and can be home more often. For example, a DFW based pilot might have “turns” and can be home at night while a more junior crew member might be on the road 3 to 4 days at a time.

Choosing a Path to become an Airline Pilot

There are two primary ways to become a pilot:

The future employment trends in the airline industry fluctuate in part with the economy. The baby boomers are currently in the senior pilot positions and now a large number of these pilots are retiring. This is going to provide a great deal of opportunity for new pilots and for first officers to move up to the Captain positions. I entered the industry in 1990 when there was also a shortage of pilots. This means that the employment outlook is good for commercial airline pilots. Here are some statistics: Boeing forecasts the global commercial aviation industry will need 498,000 new commercial airline pilots by 2032. Of this total, some 85,700 new pilots will be needed in North America. The pilot demand is fueled by baby-boomer generation pilot retirements and steadily increasing airplane deliveries of commercial freight not just passenger traffic. Also the mandatory rest periods during flight duties will rise from eight hours to 10 and require pilots get a full eight hours of sleep between flight-duty segments, which will also help increase the demand for new pilots.

The increase in demand and the fact that the large commercial airlines only hire experienced pilots is starting to open up more opportunity with the regional airlines where the majority of these experienced pilots hired by the major airlines are now trained. The possibility now exists that you can get there sooner as many of these regional carriers are developing their own training programs to help feed pilots to the parent. To attract pilots, the salaries at this level are also starting to rise.

I love to fly and enjoy being an airline pilot. I like the travel and the training where you are able to learn something new every year. I now have seniority and better control over my schedule. But becoming an airline pilot is a lot like becoming a major league baseball player. You have to spend a lot of time in the minor leagues before you get to the majors. Getting the hours you need to get a job after your get your initial licenses can be a struggle and a financial strain on someone who wants to start a family. But according to most projections, the next several years are going to represent one of the best opportunities to enter the industry that we have seen since I was hired as a commercial airline pilot.

US Bureau of Labor Statistics on Pilot Salaries

In addition, airline pilots receive an expense allowance, or “per diem,” for every hour they are away from home, and they may earn extra pay for international flights. Airline pilots also are eligible for health insurance and retirement benefits, and their immediate families usually are entitled to free or reduced-fare flights.

In May 2012, the median annual wages for commercial pilots in the top four industries employing these pilots were as follows:

YPNG’s mission is to provide you with the information you need to research the many career options available, the training and skills that are required and each individual career’s economic prospects. We formed YPNG to help with career planning because making a good career choice is one of the most important decisions a young person will ever make.

Young People of the Next Generation, LLC. © 2021 All Rights Reserved.