Ann is a well-known jewelry designer who works closely with her clients to create custom pieces of jewelry. Her unique designs have brought her customers from all over the world. Ann has been successful in large part because she never stops trying to get better. Each of her designs is unique, never repetitive and consequently cannot be easily copied by other jewelers. Ann’s article describes how she approaches the design process when she creates a custom piece of jewelry for a client and how she went about building her successful business including developing innovative approaches to marketing. This article should of interest to anyone who wants to learn more about jewelry design and fine arts careers where you have the opportunity to create something new every day. 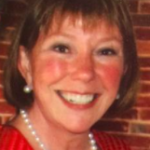 Like many young people, I did not know what I wanted to do when I went to college. I first pursued a liberal arts degree at Oklahoma State University but was married after my third year. My husband and I moved to Rochester, New York the next year and I went back to school at a private college, the Rochester Institute of Technology, to finish my degree. Despite its name, the school offered programs in liberal arts as well as art and design in addition to science and technology. Unlike a lot of liberal arts colleges, there were design studios where you could take courses in painting, pottery, jewelry and sculpture. This gave me exposure to designing and creating jewelry. After I graduated, I first taught school for a year. During that time I had an idea for a design for a silver wedding band. I made several samples and put flyers around town. That year I made $3,000 selling wedding bands, which was more than half of my teacher’s salary at the time. This made me think that I could probably make more money designing and selling jewelry than teaching.

My husband and I moved back to Tulsa after I finished my teaching contract where I concentrated on designing jewelry. I wanted to improve my skills and took summer courses for three years. But I found that “The more you learn the more you want to know”. So I applied for the Masters in Fine Arts programs at two good schools, Washington University in Saint Louis and the college where I graduated, the Rochester Institute of Technology. There were only two opening for the program at Washington and I was able to get one. But after six months at Washington, a spot opened up for me at Rochester. I transferred and completed my Masters in Fine Arts in Jewelry and Metal Smithing.

The teachers at Rochester pushed us to create our own designs and not do things that had been done before. This taught me how to develop my own design style and how to maintain my creativity. The studios were open 24/7 and I spent most of my time working there designing jewelry and developing the skills to produce my designs by learning to cast and sculpture metals and set stones. As I progressed, one idea lead to another. But I was able to maintain the integrity of my personal design style as it evolved. I loved school and being surrounded by other artists and all the creative energy.

When I finished my degree I went back to Tulsa. I was recently divorced and needed to make a living for myself. I took all of the money I had and started a studio where I was primarily doing individual commissions. I made $12,000 my first year and then $36,000 my second. I then moved my studio into the back of an art gallery where there was more traffic and my business greatly expanded. The gallery owner soon moved into a larger space in a more affluent part of town and I moved with him. Besides making custom jewelry, I began producing pieces of jewelry that I sold in display cases in the front of the studio. I also started making more expensive jewelry with more gold and gemstones. I then hired my first employee so that I would be available to spend more of my time dealing with customer and less time producing the jewelry. Managing employees and making tough business decisions didn’t come naturally to me. It took me awhile to learn how to manage people.

As my business grew, I needed to source more gemstones. At that time during the 1980’s, some of the best stones came from countries in Asia. The companies that produce these gemstones did not have a lot of money to travel back then and didn’t attend the national gem shows here in the U.S. as they do now. So I went on buying trips and developed a number of good sources including a company in Thailand where I still buy sapphires. I also went to Japan to buy pearls. While I was in Japan in 1988, I took some of my jewelry and tried to sell it at a jewelry show. What I learned was that relationships were important in that country and you needed a local representative to get you into galleries and jewelry stores. When I was on the train going to the show one day, I meet two men who were also selling jewelry at the same show and asked them how they were represented. They gave me the name of a French woman who lived in Japan and represented people like us who wanted to sell in that market. I met with her, showed her my designs and she became my representative in Japan.

Because my jewelry was becoming more expensive and my business was growing, I opened my own store in an upscale shopping area called Utica Square. I designed the shop so there were display cases that could be seen from the street and had a comfortable display area built inside the store with the studio where the jewelry was made in the back where it was no longer the focal point. To give people the opportunity to talk about their design in a comfortable atmosphere, I had an area where children could play and stay occupied while I talked to their parents. I also did advertising and promotions where we gave out tee shirts at running and at other popular events where we also gave out sun visors and gifts that would promote the store.

I stayed in that location for eight years before I closed and moved to San Diego. I was tired of running the large store and wanted a change. So I tried to develop a custom design business on the West Coast. But I missed my friends and moved back to Tulsa where I currently run my jewelry design business. While I still make up some pieces and have sold them over the internet and at stores like the local Sachs, most of my business is from doing custom designs. I still like to make molds and do some of the manufacturing process, but I have the majority of my pieces completed by someone else.

I have thoroughly enjoyed my career as a jewelry designer. It is a career that keeps you constantly challenged. “The more you learn the more you want to know”. So you are always learning new things and developing new designs. To become a successful jewelry designer is going to require a Masters in Fine Arts, a two year program that you enter after you have completed a four year undergraduate degree. Once you receive your degree, you have the option of working as a designer for a company or doing as I did and going into business for yourself. Being an owner is a realistic option for a jewelry designer because you can start small like I did and still build a successful business

Here are some of my most recent ring designs:

There were 32,700 people employed as jewelers and precious stone and metal workers in 2012, the most recent Bureau survey. This is a broad survey that included people working as clerks in jewelry stores not just designers and craftspeople. Consequently, the survey produced a large variation in wages. The median wage was $35,350, the wage at which half earned more and half earned less. The lowest 10% earned less than $19,600 and the highest 10% earned more than $61,940.